From left, Wendi Dowler, of Latrobe, PA, David Kukura, of Black Lick, PA, Rex Lichtenfels, of New Florence, PA, and Chuck Patz, of New Florence, PA, all living historians representing the Union Signal Corps listen as Taps is played at the conclusion of the Pickett's Charge Commemorative March, during the Sesquicentennial Anniversary of the Battle of Gettysburg, Pennsylvania on Wednesday, July 3, 2013. The march was an opportunity to follow in the footsteps of Union or Confederate soldiers by walking with living historians and park rangers along the paths during the famously ill-fated Pickett's Charge, which brought to a close The Battle of Gettysburg when the Union Army repelled their advance. Taps was first thought to have been played at a military funeral or memorial service in 1862, at the burial of a Union soldier. The Battle of Gettysburg lasted from July 1-3, 1863 resulting in over 50,000 soldiers killed, wounded or missing. John Boal Photography 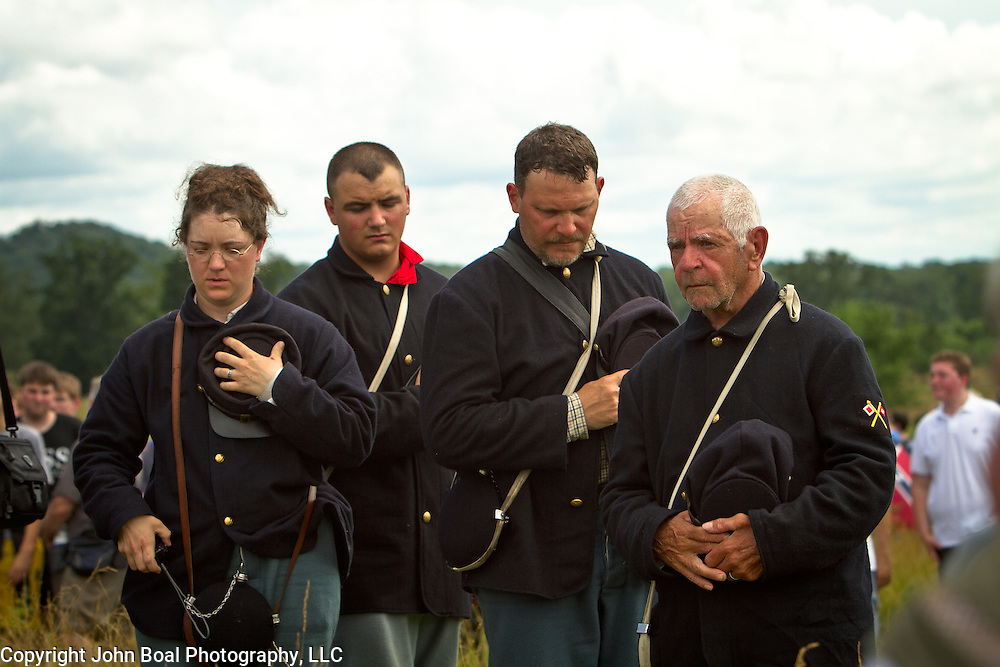