Sally Jewell, sits near the summit of Old Rag Mountain speaking of her goals and objectives as the newly appointed Interior Secretary, on Sunday, April 21, 2013. The former CEO of Recreational Equipment Inc. (REI), was sworn in on April 12, and identified conventional and renewable energy concerns, Indian affairs and connecting the youth to public lands as a few of the many priorities she has going into her four year term. For The New York Times 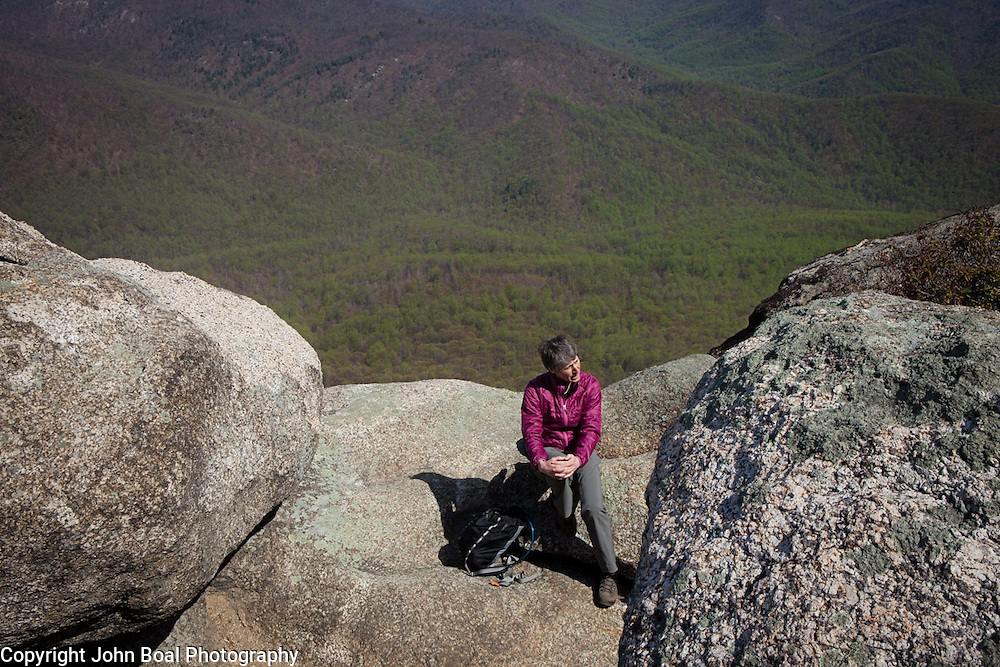